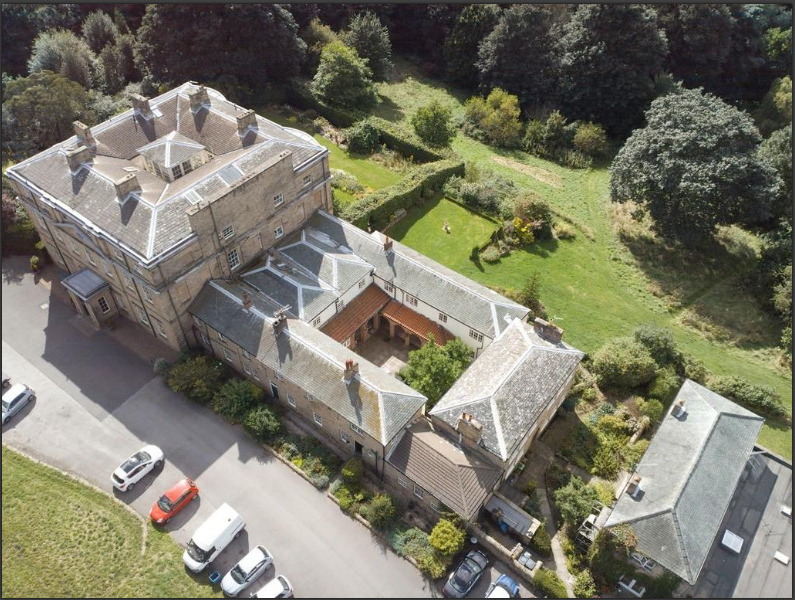 Thundercliffe Grange is an unusual scheme. It is one of the oldest known surviving examples in England of "Co-Housing", a system more common on the continent, which gives the benefits of co-operative ownership but safeguards the individual's property rights.

The scheme is structured so that residents own the overall building and grounds collectively, but the flats are owned individually.

There are twelve self-contained dwellings of various sizes and configurations spread between the main house and wings and a separate annexe. The rooms in the ground floor of the main house have been retained for the use of all residents.

History of the Grange

In medieval times, Thundercliffe was a grange of Kirkstead Abbey and the monks carried out iron working on the site. 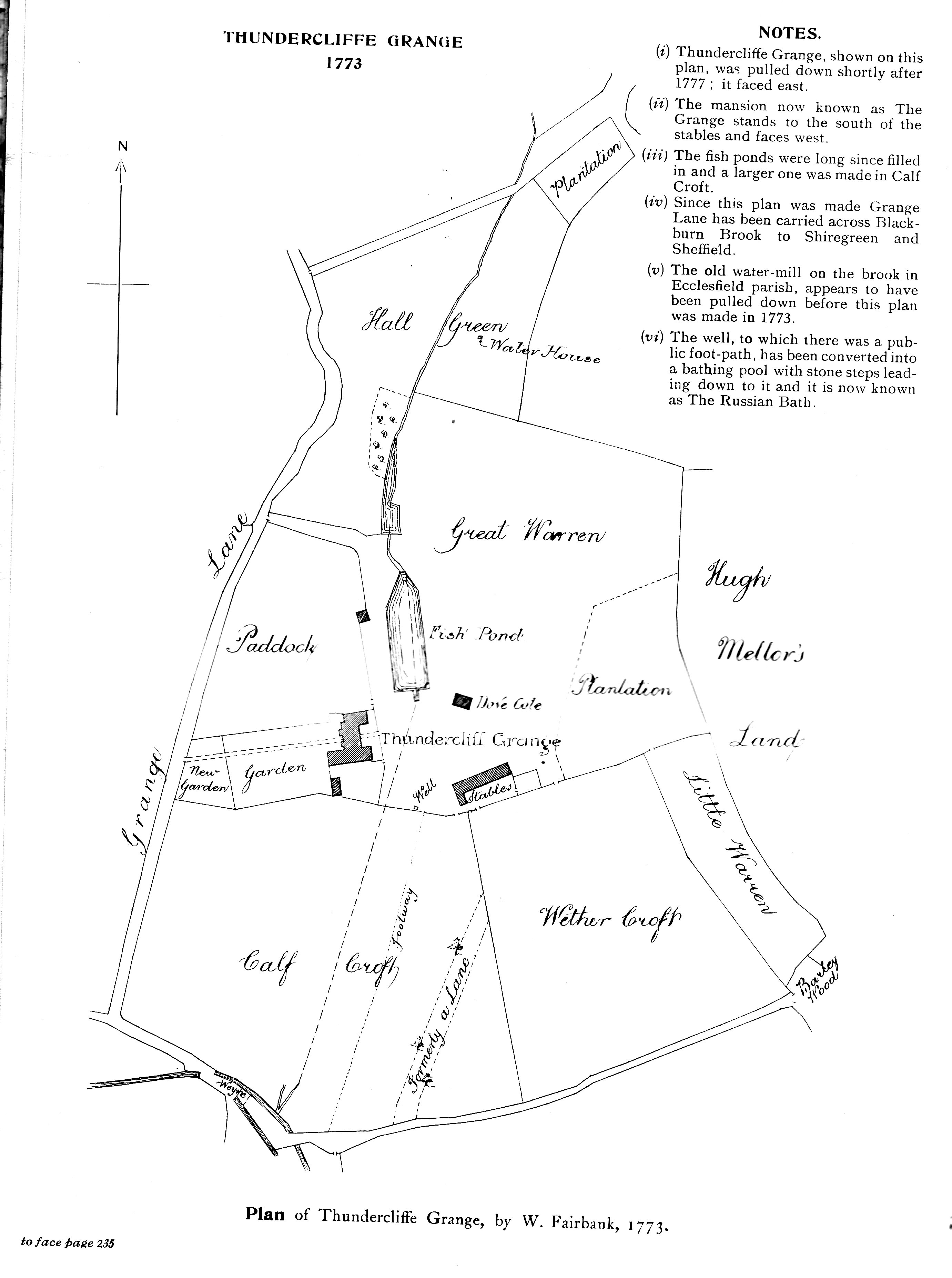 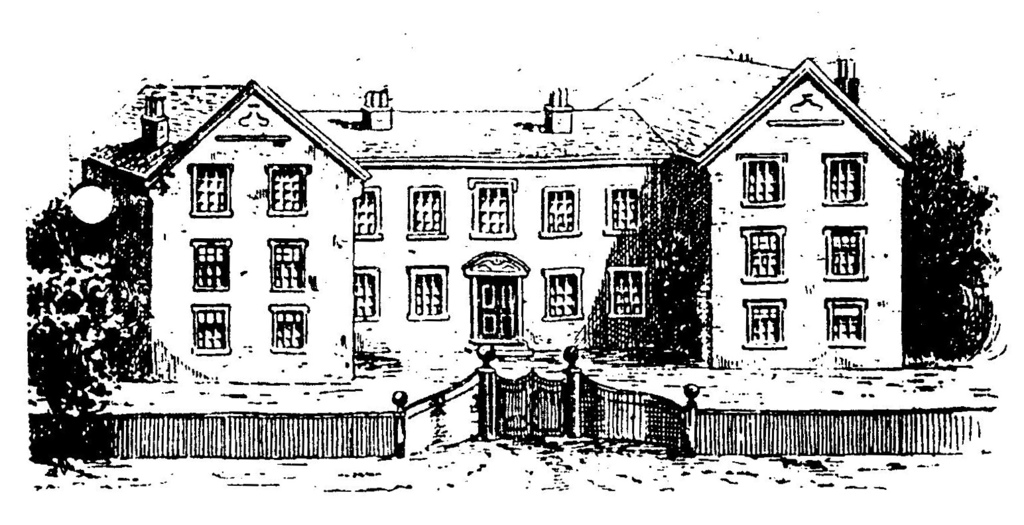 There was an earlier, Jacobean building on the site which was demolished when the present Grange was built. The foundations of this and even earlier buildings have recently been excavated by the Rotherham Archaeological Society.

Blackburn Brook runs through the grounds and used to form the boundary between Kimberworth and Ecclesfield, the old grange was on the Ecclesfield/Sheffield side of the brook, where the newer grange is on the Kimberworth/Rotherham side. 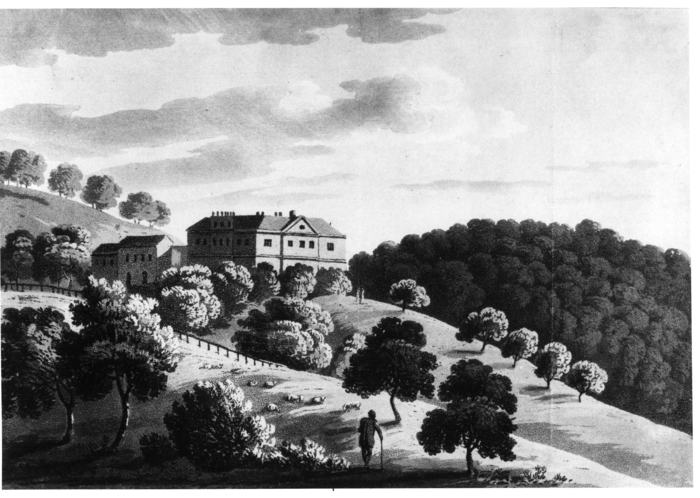 The house is a grade II listed building. It was built in 1777 by the architect John Platt for the 3rd Earl of Effingham. 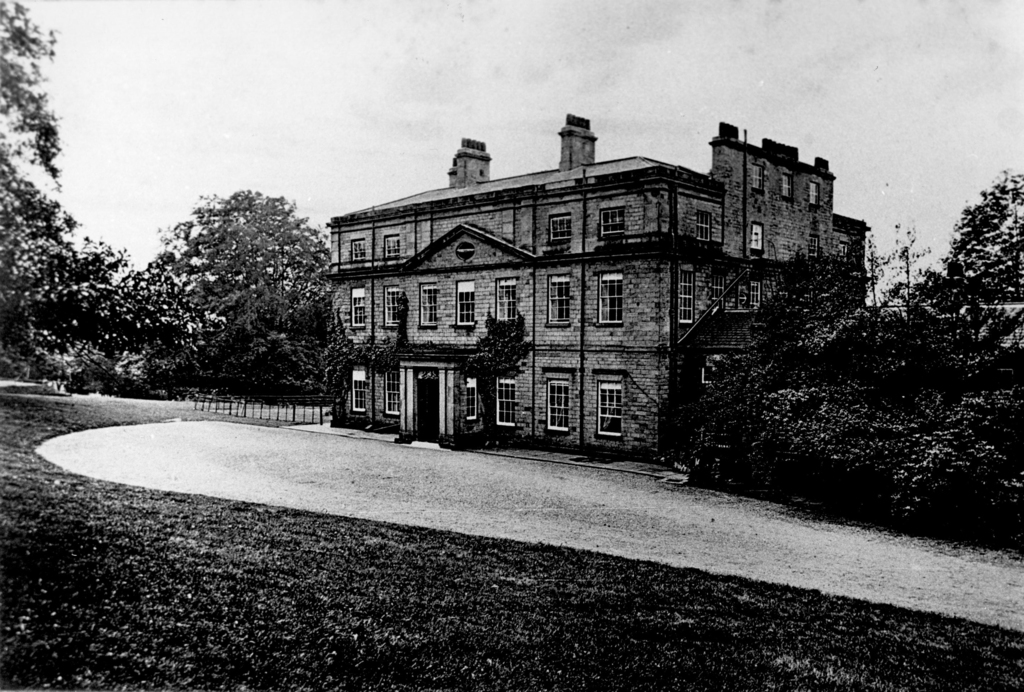 It remained a private house until the late 19th century, when it became a home for "The Care and Cure of Mental Invalids (Ladies)". 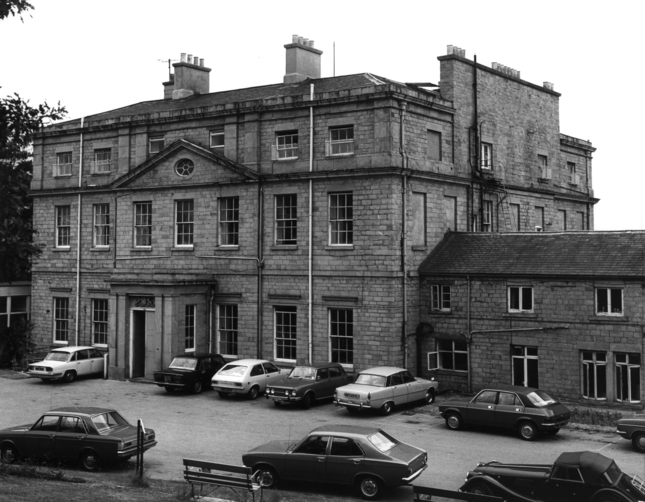 After the second world war, it became a home for mentally handicapped children and thalidomide sufferers. 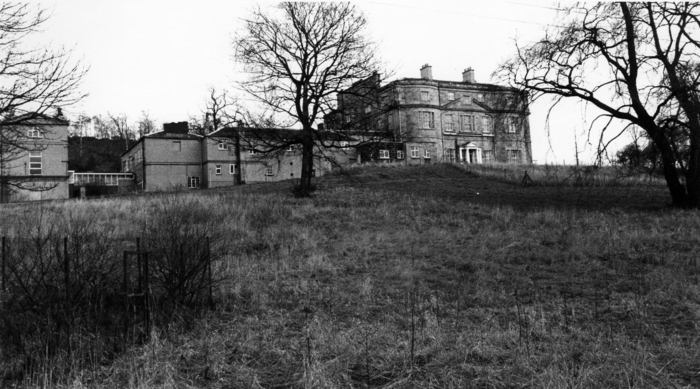 Thundercliffe closed as a hospital in the late 1970s as a result of a health service reorganisation and it was bought and converted into dwellings in 1980. 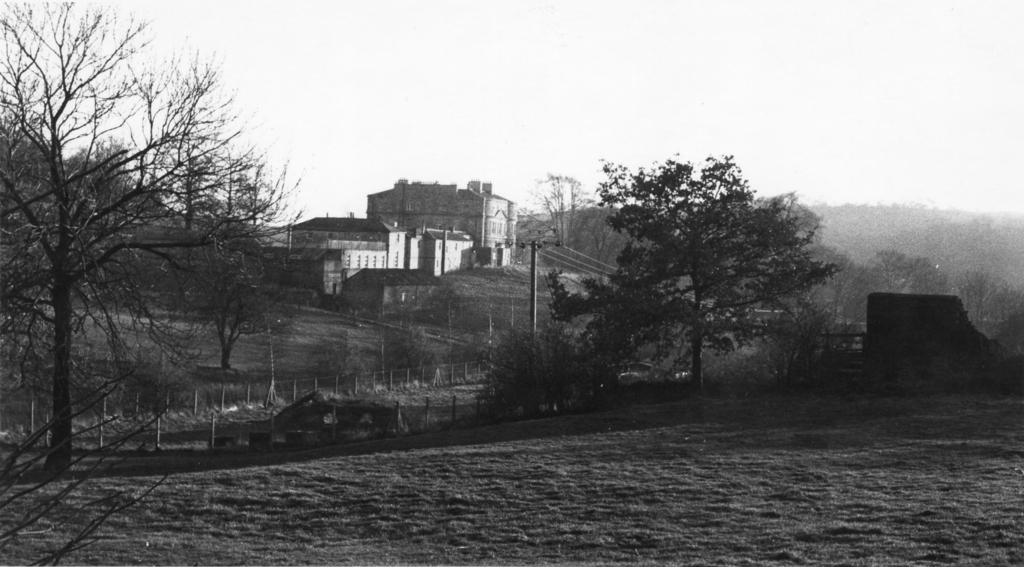 History of the scheme

The scheme started with a group of friends and work colleagues who wished to explore the possibilities of enriching their lives and maximising what they could get from their homes by some form of sharing; perhaps a row of cottages, perhaps a Victorian vicarage. The scheme was therefore always as much about being social and friendly, as it was about getting a better house or leaping a rung on the property ladder.

The discovery and purchase of Thundercliffe Grange in 1980 meant that the plans moved to reality, but on a much larger scale than originally envisaged. This imposed some restraints, but also opened up new directions of development. In the first place there was the space, and the financial need, for more flats than the four or five originally planned. This made the scheme bigger and looser than the original plan, and brought in more people - although virtually all the second tranche of participants already knew some of the original group. It also meant that the group now had responsibility for a massive eighteenth-century mansion and 22 acres of land.

The scheme's concept of enriching lives by sharing was enshrined by reserving the ground floor of the main house, the outbuildings and the grounds for communal use, and not allowing the development of new flats in these areas. 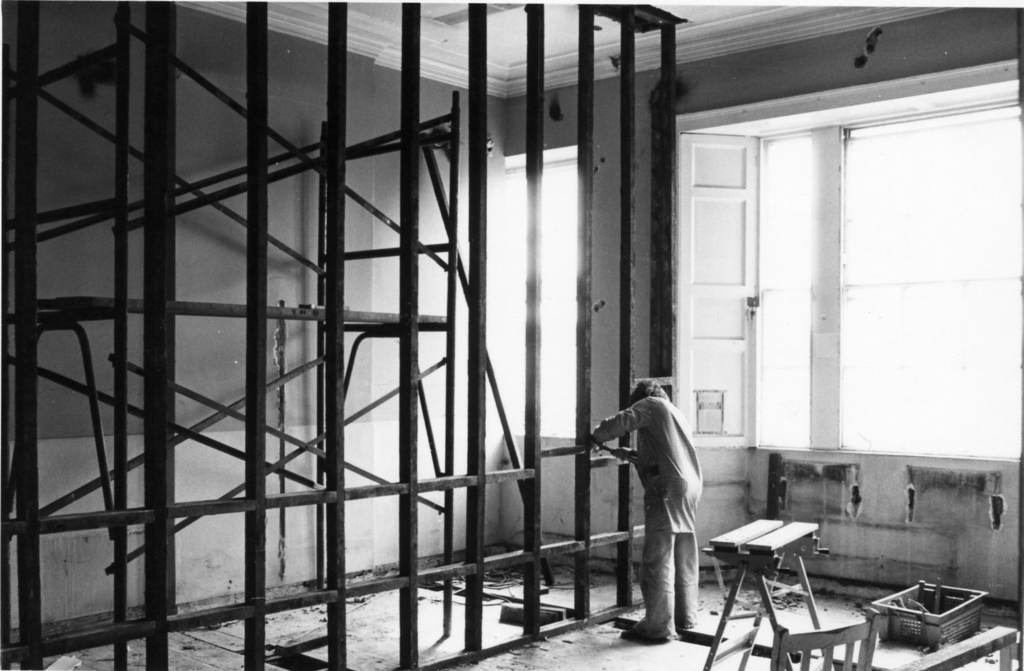 It was decided, for financial reasons, that most of the conversion and development work would be done by the participants themselves. This caused the group to bond very well, and gave a strong feeling of ownership, but meant that there was no particular deadline for finishing other than the need to get everyone into their flats.

A combination of the original ideas, and the history of the scheme, still contribute to the ethos of the Grange which now, in the opinion of most of the participants is like a small close village. Although everyone has a front door they can close to the world, the atmosphere is friendly and helpful; assistance is always at hand if your car needs pushing, a chest of drawers needs carrying or your cat needs feeding.

Having lasted over 40 years the Grange has changed a lot. Newcomers have entered and made their contribution, children have grown up and left, and many of the group have now retired. How the scheme will develop over the next 40 years will very much depend on all the residents, new and old.

Flat owners own their flats by leasehold, and the freehold is owned by Thundercliffe Grange Ltd, which is a non-profit company limited by shares. 12 shares are allocated in respect of each flat. All flat owners are directors, and only flat owners can be directors. So flatholders own their own flat on a leasehold basis and have a share in the freehold of all the buildings and grounds.

How it works in practice

The Annual General Meeting decides budgets and targets, and elects officials, but most of the organisation is done at the monthly residents' meetings - deciding the work programme, employment of contractors, furnishings and equipment, organising social events, agreeing that friends can use the premises for a celebration. As with all organisations the unofficial contacts are of equal importance, and much of the initiation of ideas, and reaching consensus, occurs informally.

Where possible, routine maintenance tasks are carried out by the residents and flat owners can offset some of their maintenance charges by contributing hours of work on approved tasks. This need be no more onerous than maintaining an ordinary house and garden. Skills vary and, in practice, everyone is able to contribute something.

The ground floor of the main house has been kept for communal use. As well as the entrance halls there is the Dining Room, Drawing Room, Terrace Room and Snooker Room. There is also a kitchen/laundry, a workshop and a gym.

The communal areas are conducive to sociability, and the social programme has grown over the years; in an average year there may be a classical music concert, a garden party, a large party with live rock band, fireworks and a carol concert. In addition the Dining Room is used for local history group lectures, and the wider premises for wedding celebrations and other occasional events. 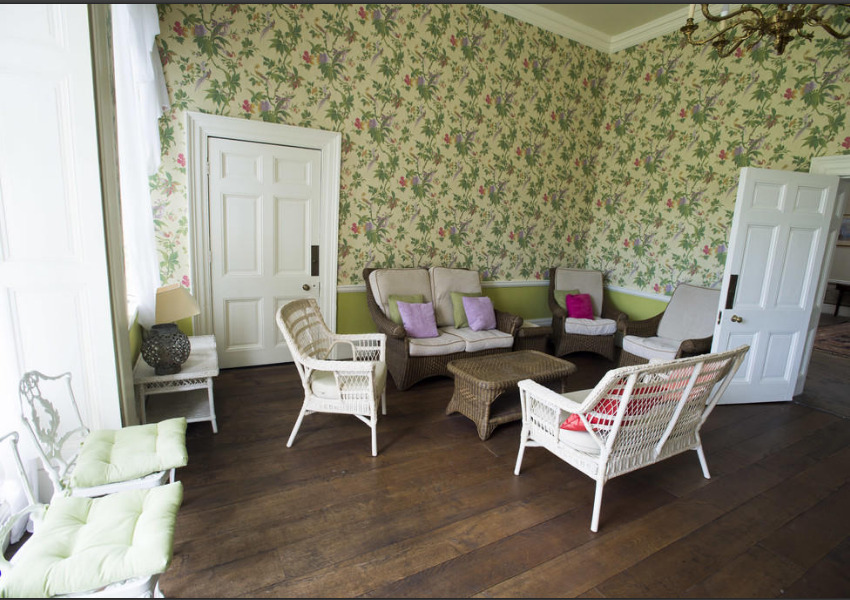 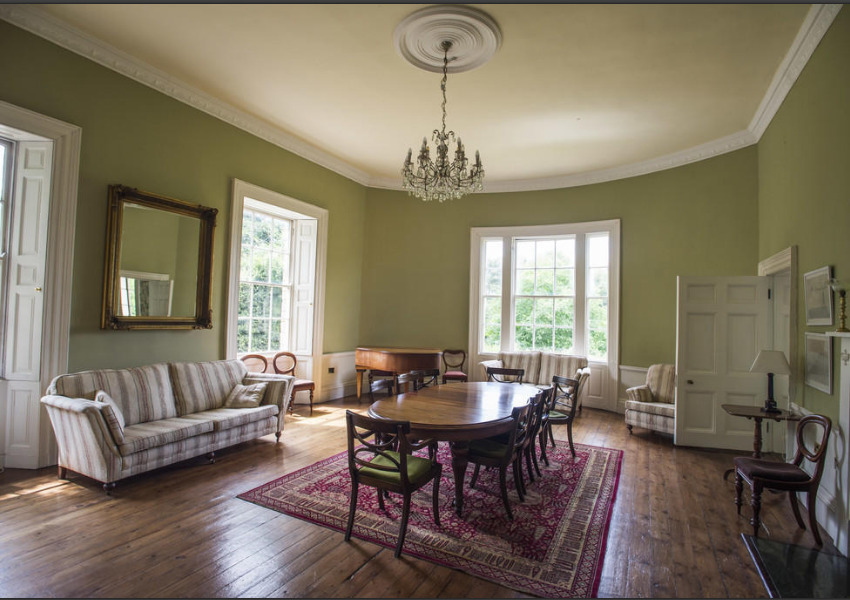 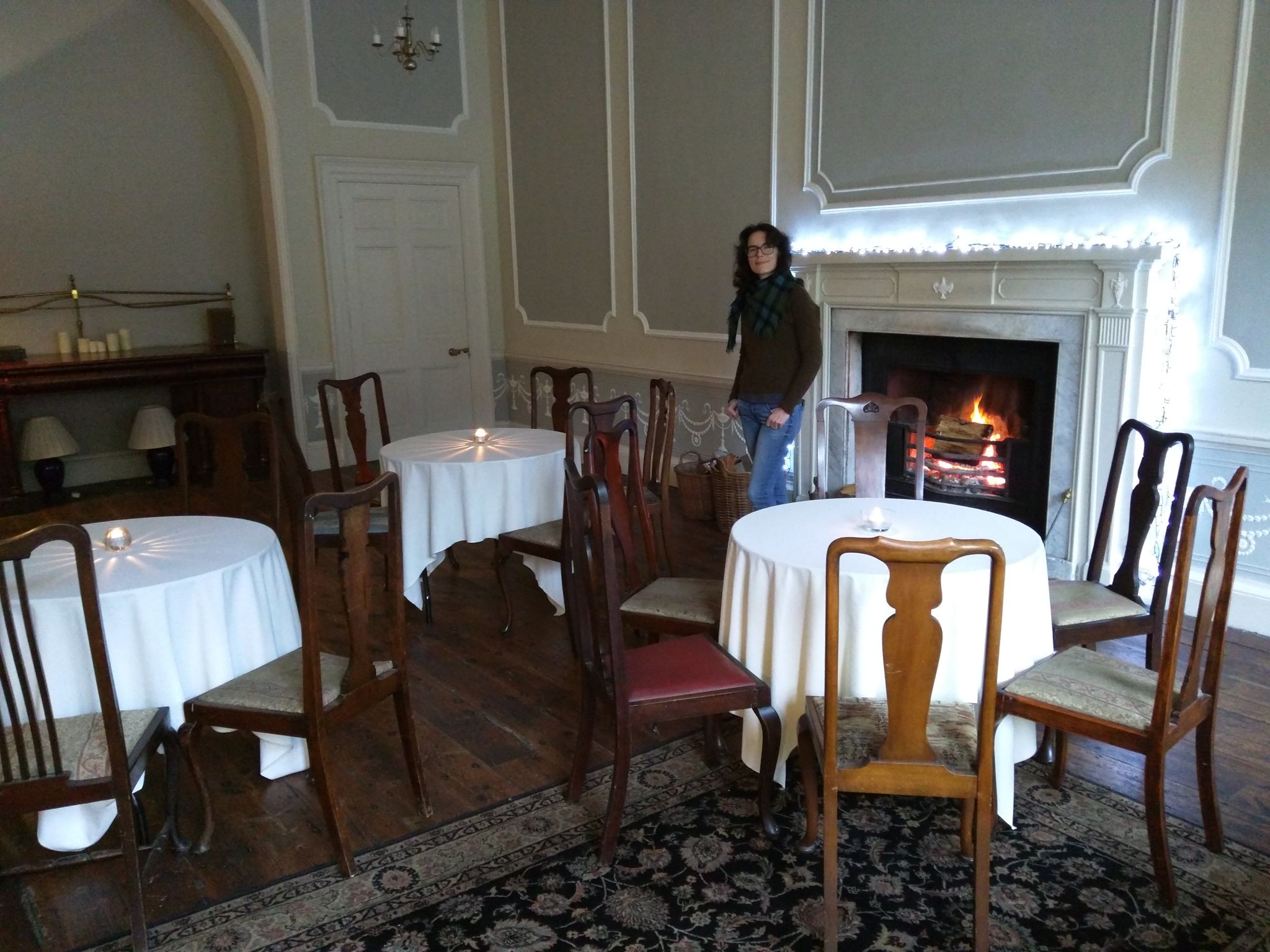 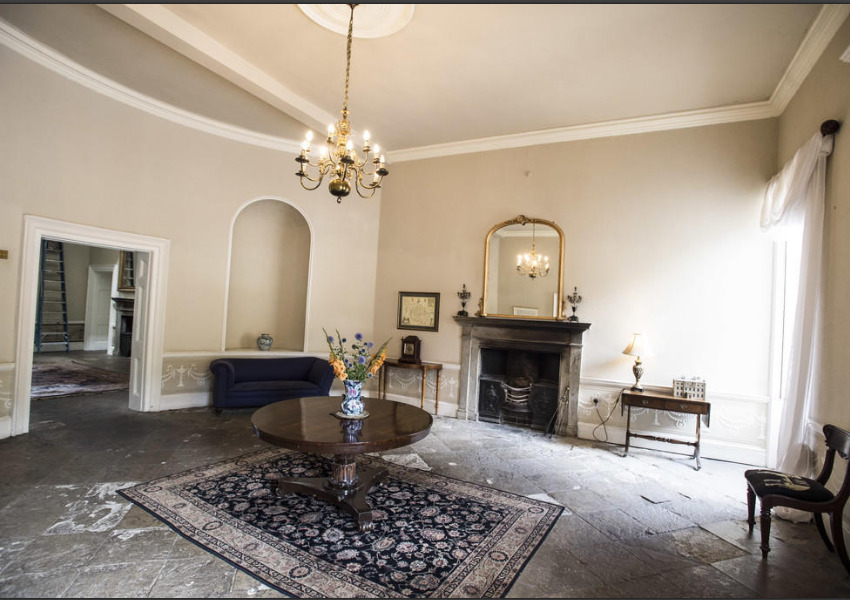 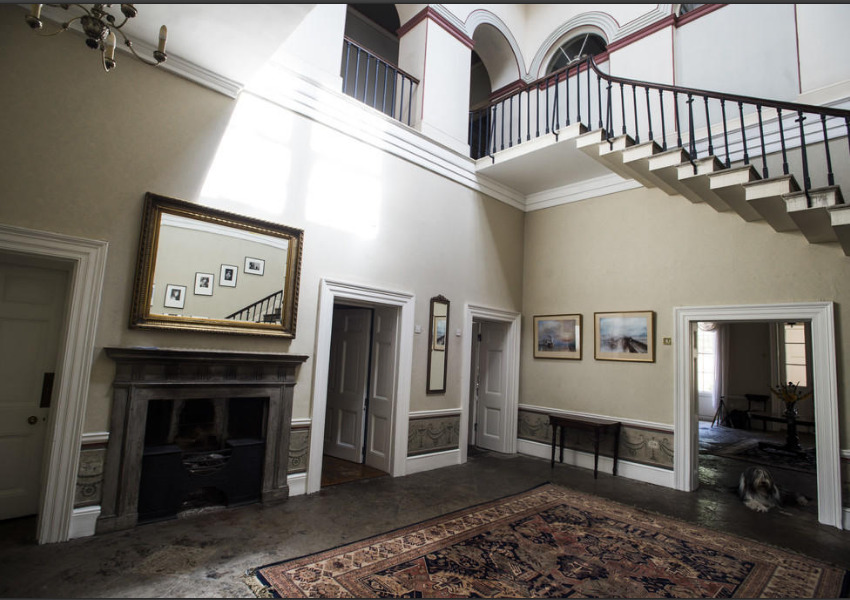 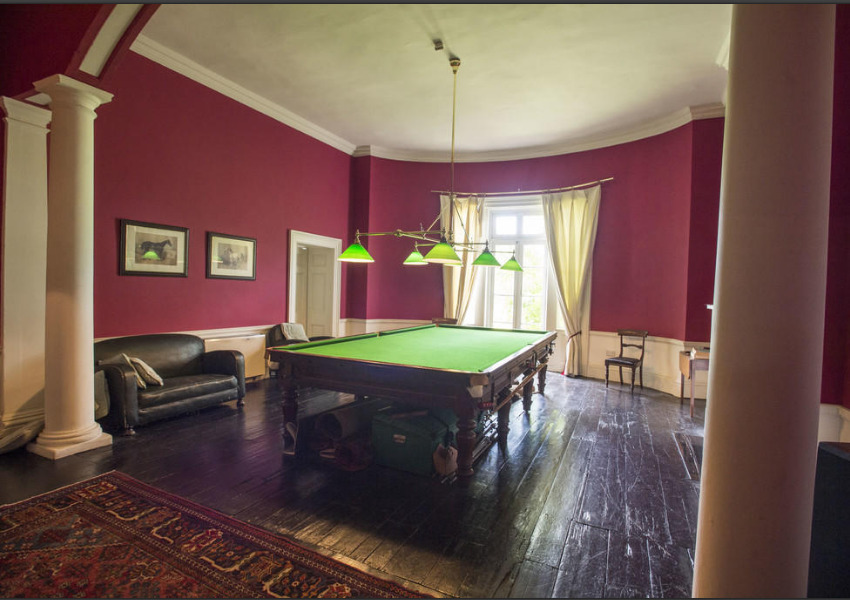 There are 22 acres of grounds.

As well as the gardens around the house, there is a kitchen garden and orchard and extensive areas of grassland and woodland.

The estate is run with considerable attention to conservation, and to the aesthetic, harmonious implications of all developments. Since 1980 many trees have been planted and much work undertaken to improve wildlife habitats. Gardening is, as far as possible, on eco-friendly principles. 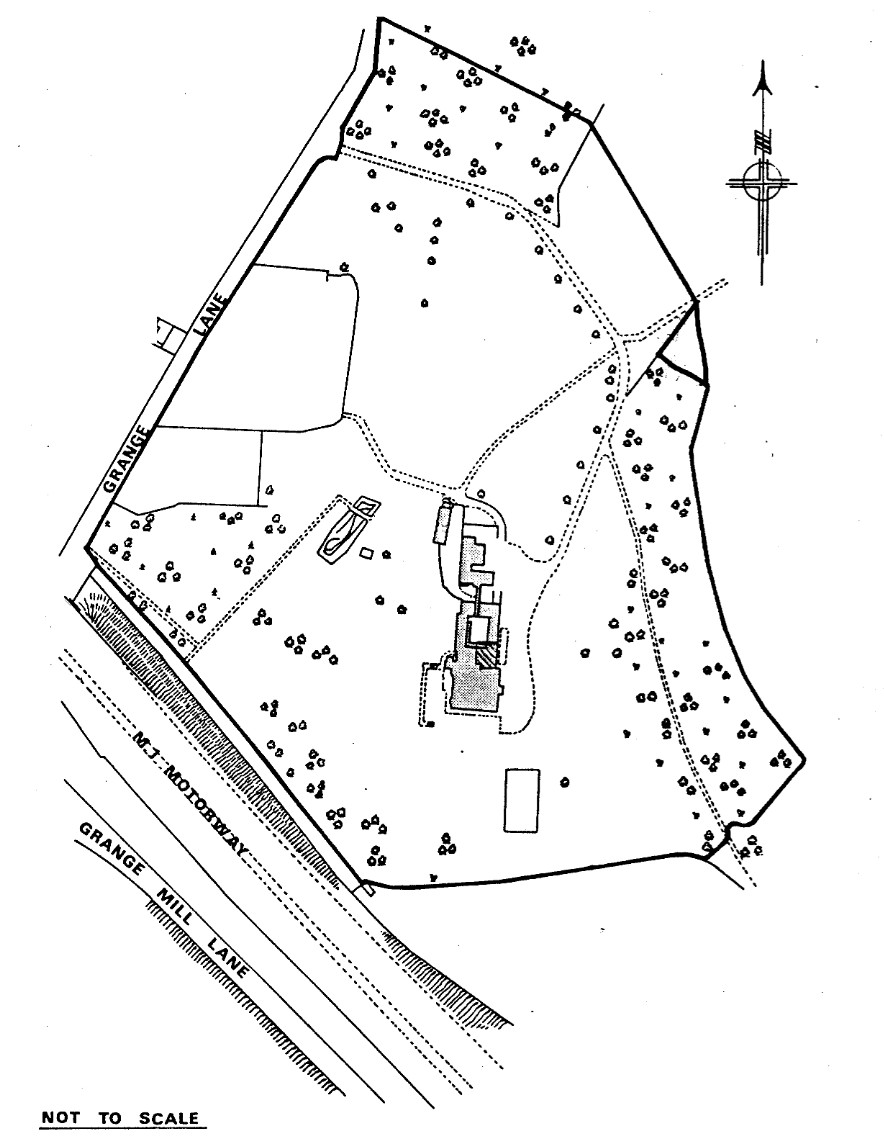 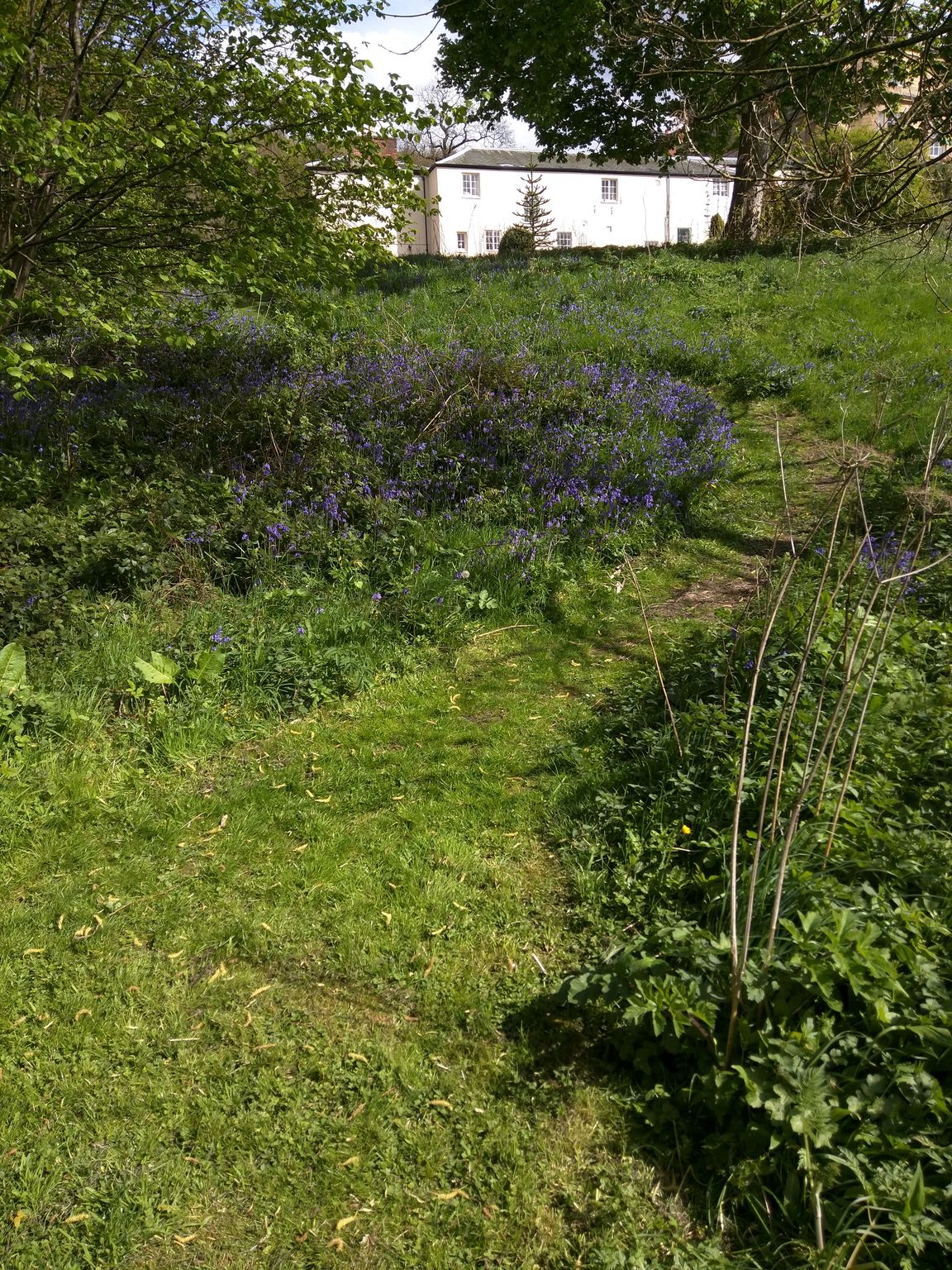 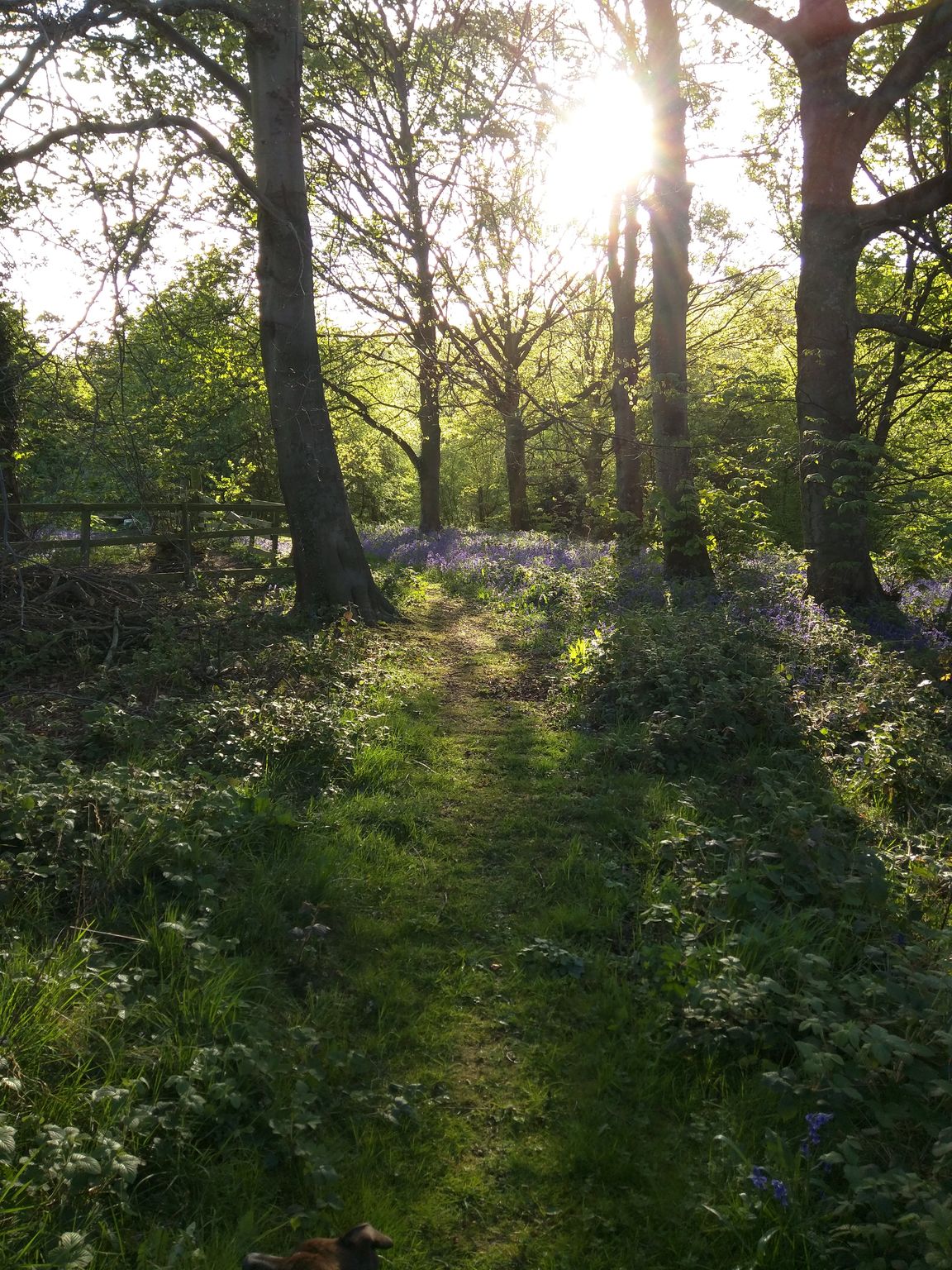 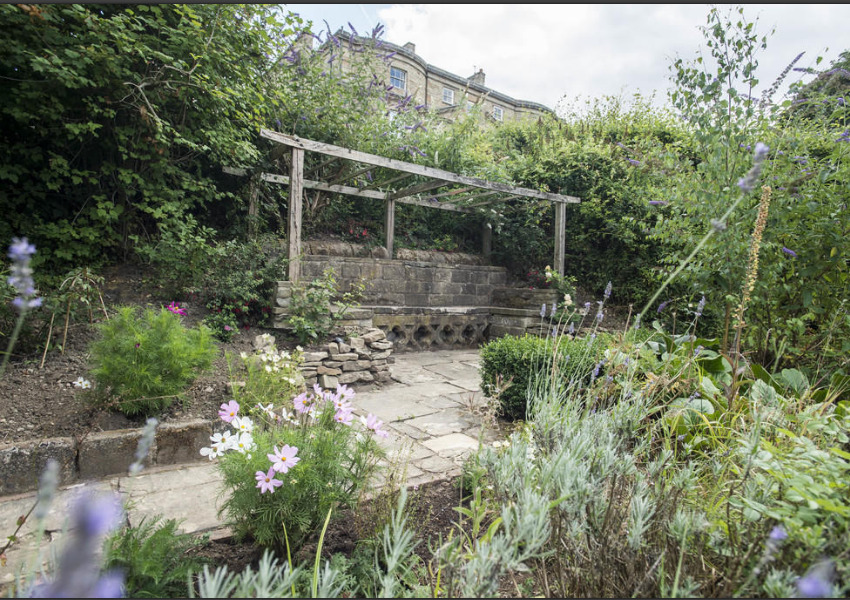 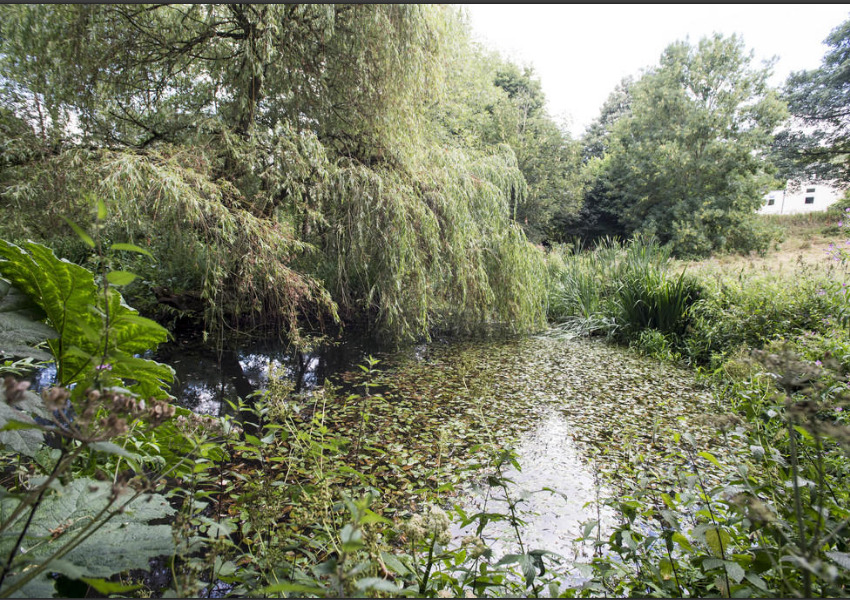 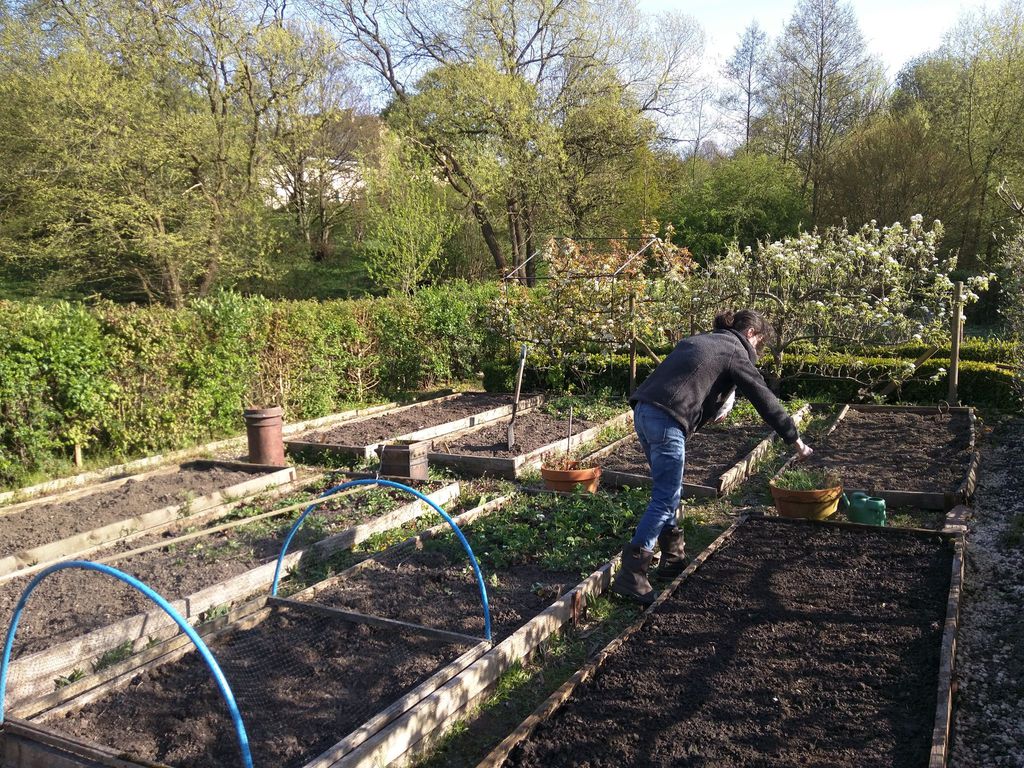 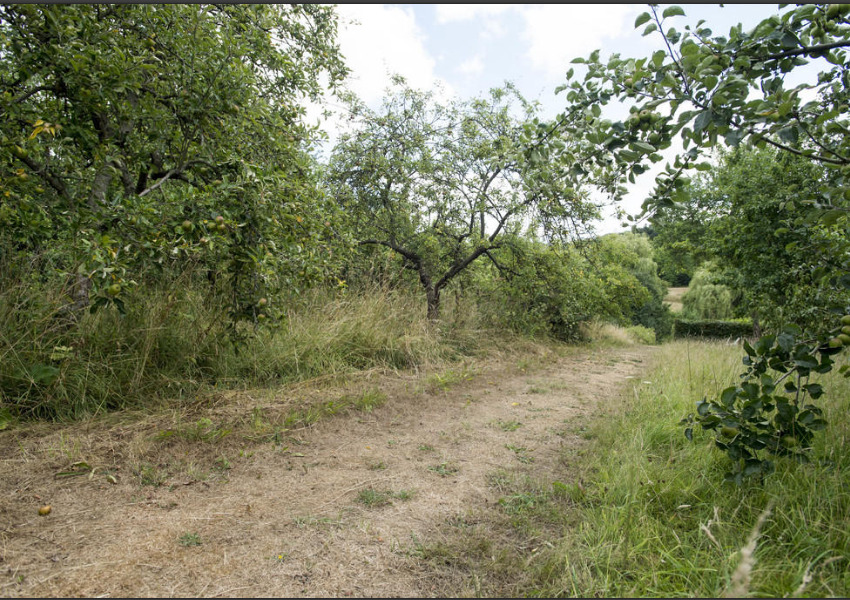 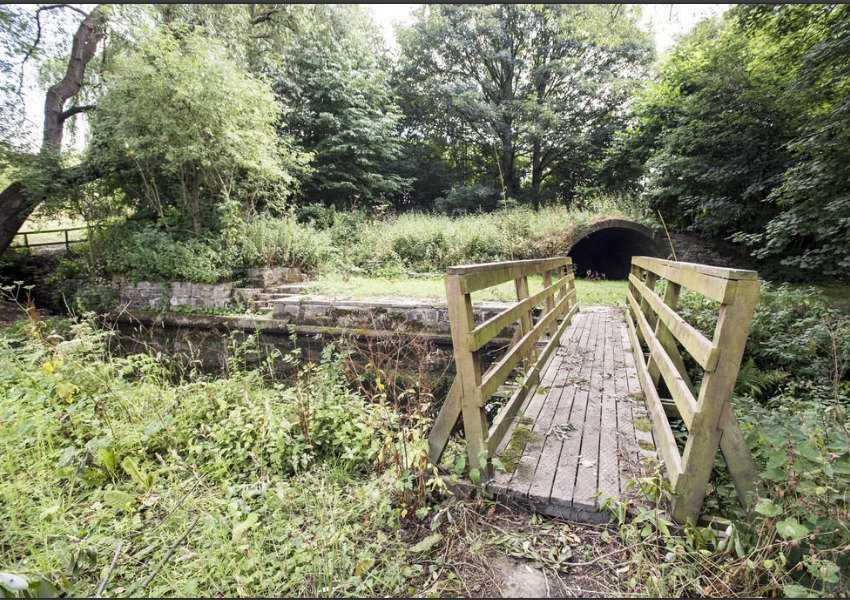 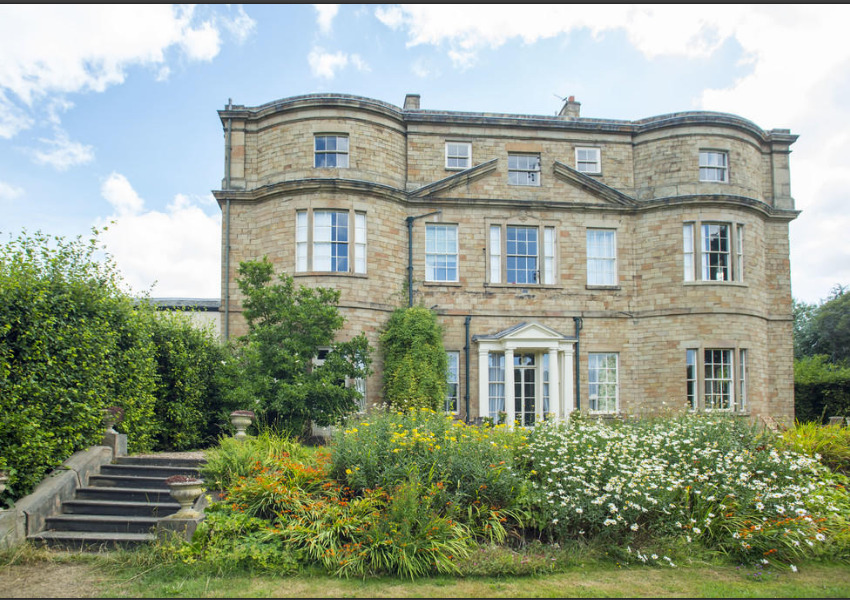 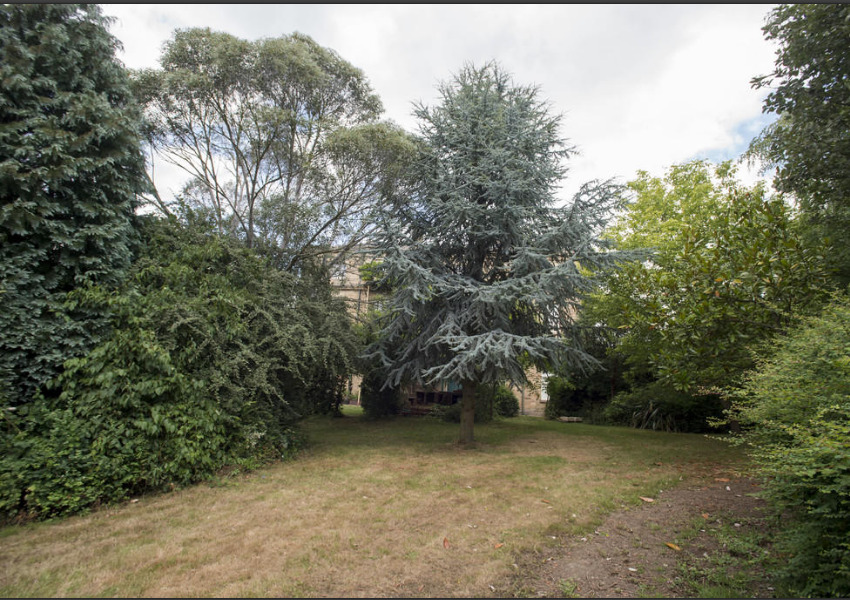 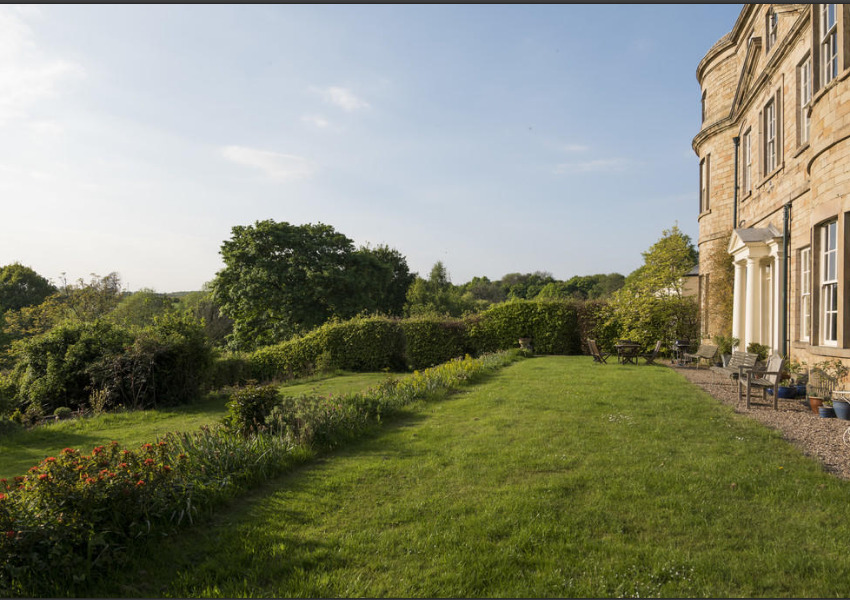 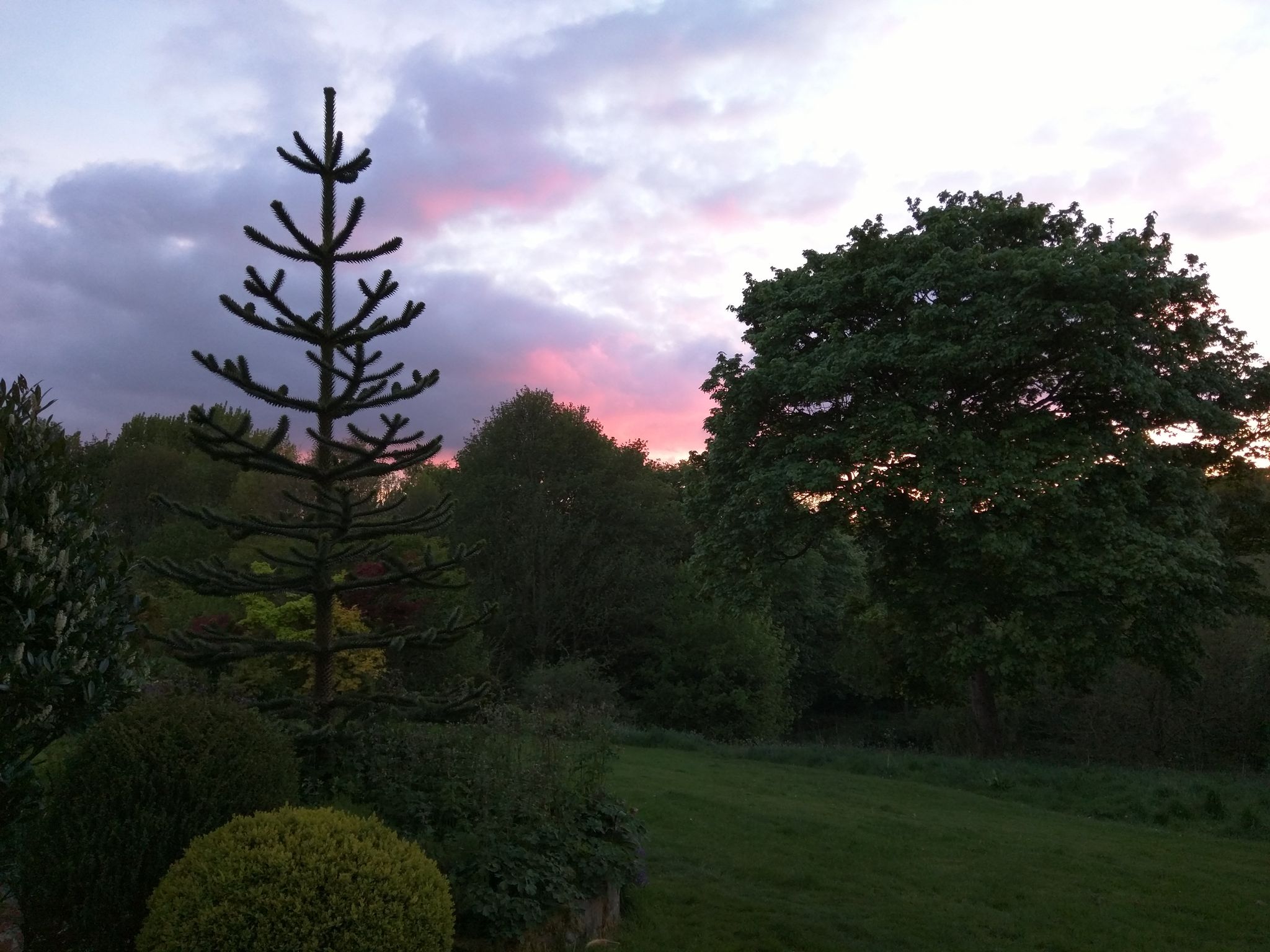 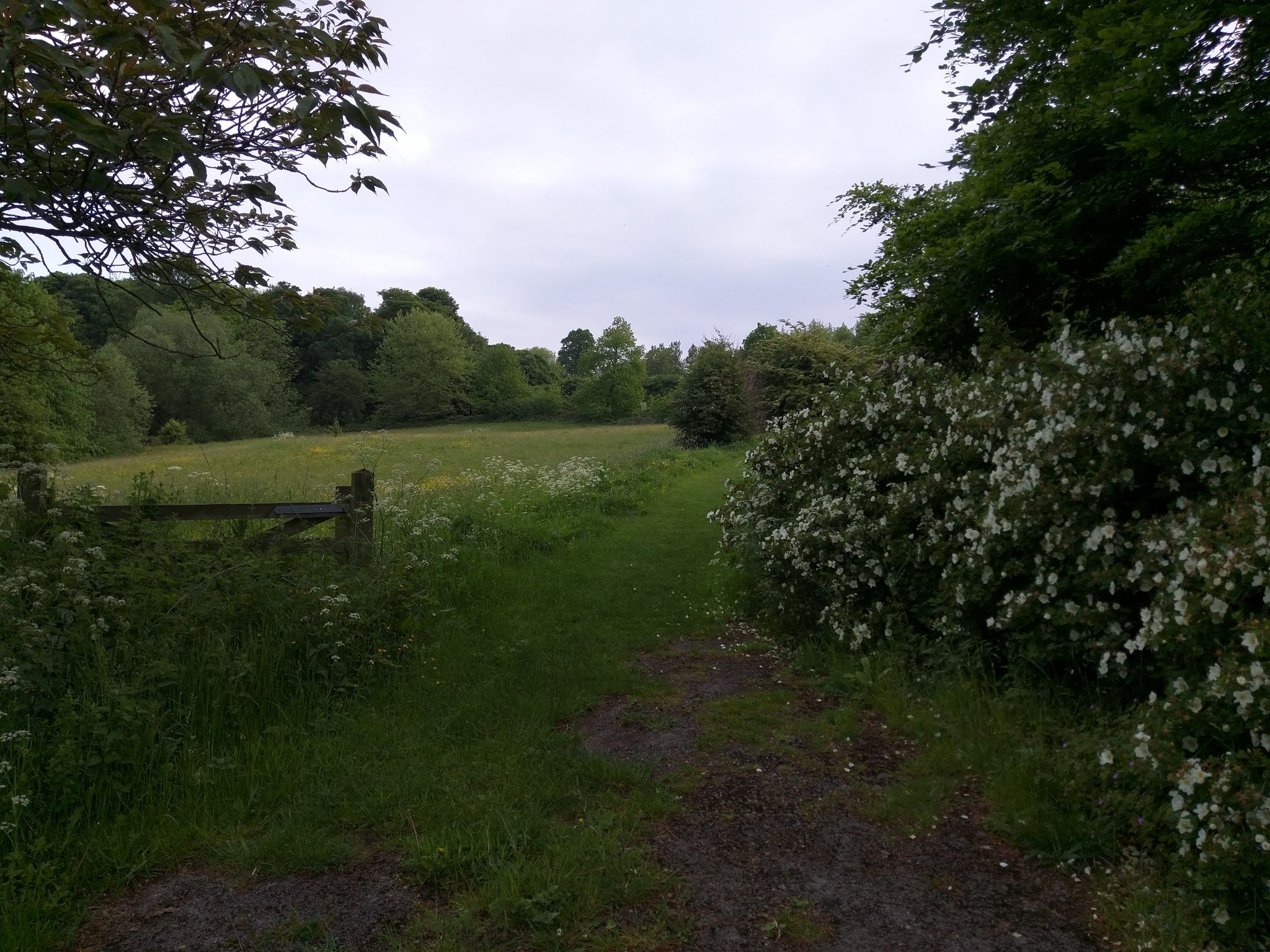 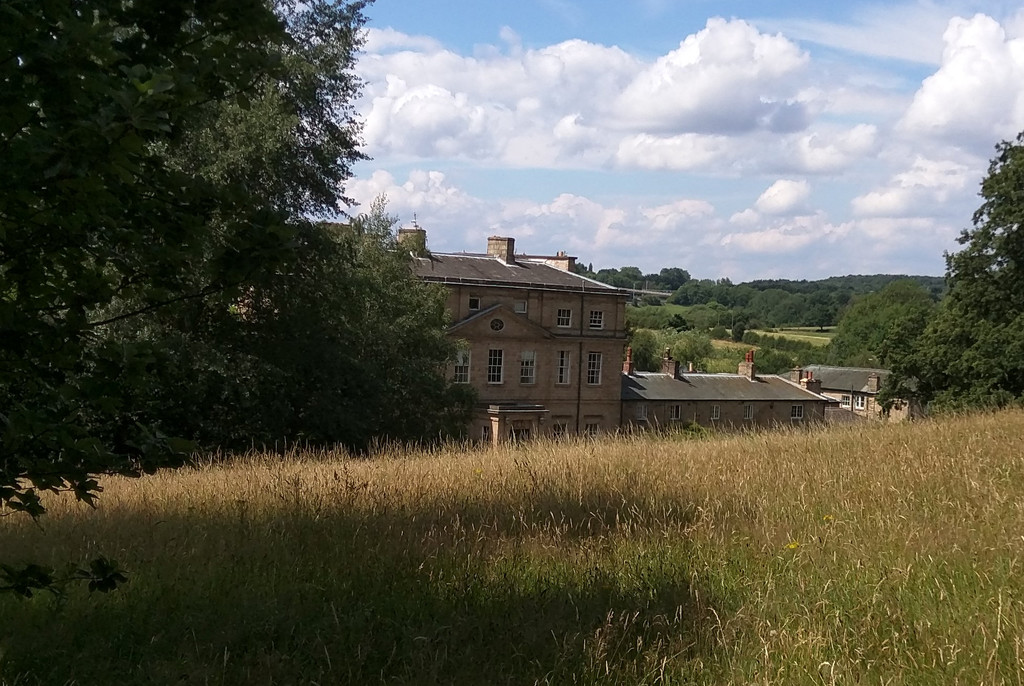